GENEVA (AFP) – Africa wants to buy Covid-19 vaccines, rather than keep waiting for donor-funded doses to arrive, the African Union (AU) said on Tuesday (Sept 14), imploring producers to give the continent a fair shot at market access.

The AU also urged manufacturing nations to lift export bans so the continent can begin to address for itself the glaring inequity in access to coronavirus jabs, as wealthy nations hog available doses.

“Vaccine sharing is good. But we shouldn’t have to be relying on vaccine sharing,” Strive Masiyiwa, the AU’s Covid-19 special envoy, told a press conference at the World Health Organisation in Geneva.

“We want to buy from those same manufacturers.”

The major Covid-19 vaccine producers have a moral responsibility to ensure equitable access to end the pandemic, he said, but “those manufacturers know very well that they never gave us proper access”.

Just nine vaccine doses have been administered per 100 people in Africa, according to an AFP calculation.

African nations “have been left behind by the rest of the world”, said WHO director-general Tedros Adhanom Ghebreyesus.

The UN health agency chief spelled out the danger of leaving Africa so poorly covered by vaccines.

“This doesn’t only hurt the people of Africa, it hurts all of us,” he said.

“The longer vaccine inequity persists, the more the virus will keep circulating and changing, the longer the social and economic disruption will continue, and the higher the chances that more variants will emerge that render vaccines less effective.”

John Nkengasong, director of the Africa Centres for Disease Control and Prevention, told the press conference that just under 3.5 percent of the eligible African population has been fully vaccinated.

The WHO wants 40 per cent fully immunised in every country by the end of the year and 70 per cent of the world’s population by mid-2022.

It has called for countries to hold off administering extra booster shots until the end of December to allow more people to get a first dose instead.

Less than 3.5% of Africans vaccinated against Covid-19: Africa CDC

The AU has set up the African Covid-19 Vaccine Acquisition Task Team, or AVAT, to purchase jabs for member states in a scheme to run alongside the donor-funded global Covax facility.

Masiyiwa said Africa was also setting up its own manufacturing capabilities and called for a temporary waiver of intellectual property rights on the vaccines, as a common good.

But the Zimbabwean telecoms mogul, who has been negotiating with vaccine suppliers, said lifting export restrictions would remove the most pressing issue preventing Africa from accessing more doses immediately.

He said: “It was a great miracle to have these vaccines. Now let this miracle be available to all mankind.”

Tracking Covid-19 cases in Singapore and the world 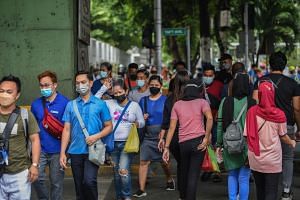 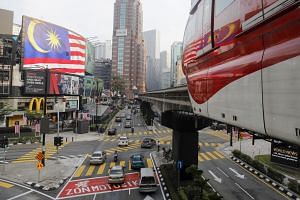 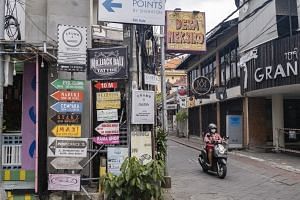 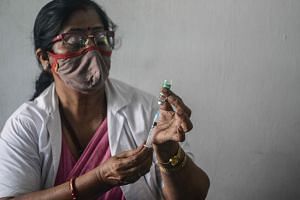 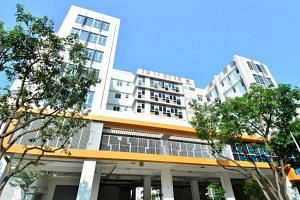 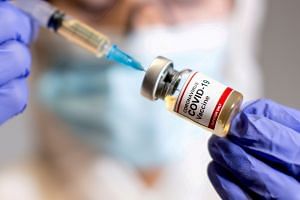