Barbie is celebrating the ‘King of Rock and Roll,’ Elvis Presley, with a collectable doll.

The female doll made by Mattel Inc is dressed in Presley’s ‘American Eagle’ jumpsuit, which features colourful rhinestones, a cape and a red scarf. Presley wore the jumpsuit during numerous concert appearances. 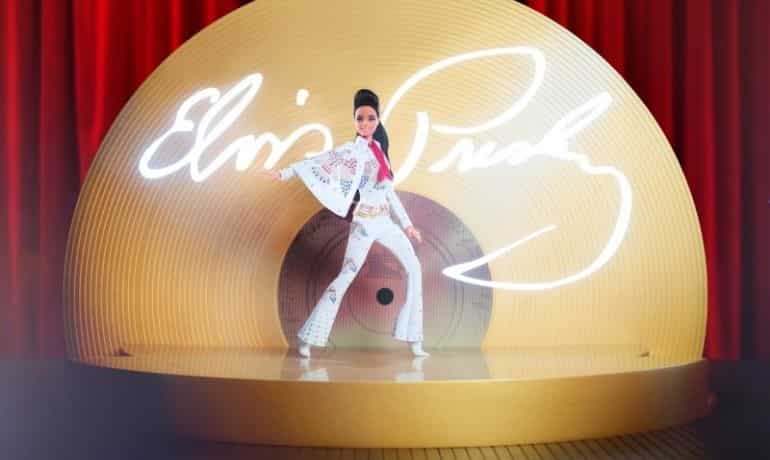 Elvis` first RCA single, ‘Heartbreak Hotel,’ was released in 1956 and became the first Elvis single to sell over 1 million copies, followed by his first album, ‘Elvis Presley,’ which went to No. 1 on Billboard`s pop album chart.

In 1973 Elvis made television and entertainment history with his ‘Elvis: Aloha from Hawaii via Satellite.’ It was the first, worldwide live satellite broadcast of a concert and was seen in about 40 countries by 1 billion to 1.5 billion people.