After a spectacular start, Kartik Aaryan’s career dipped when films like Subhash Ghai’s ‘Kaanchi’ and Ashwin Chowdhary ‘Guest  In London’ proved cold turkeys. But thereafter Kartik saw only success and nothing can keep him down.

Here are the 5 finest from Kartik. 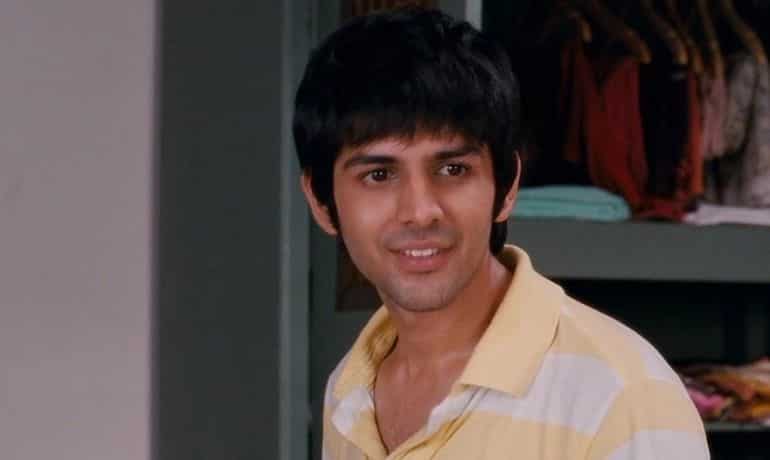 1. Pyaar Ka Punchnama (2011):  Playing Rajat, a.k.a Rajjo, Kartik stole the show from his co-stars Divyendu Sharma and  Raayo S. Bakhirta who unfortunately got left far behind as  Kartik’s Rajjo caught the nation’s attention. It was a performance that youngsters connected with, of a  guy totally dominated by his girlfriend to the point of asphyxiation. The role and the character and his relationship with his girlfriend reminded me of a certain actor who is no more with us, and whose live-in similarly smothered him. 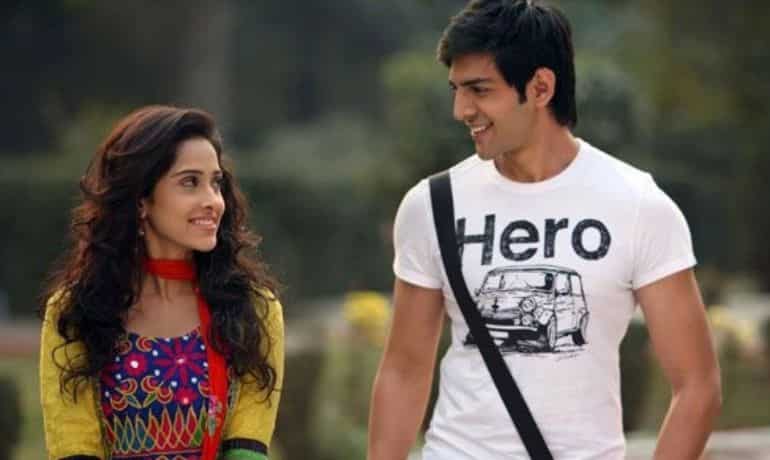 2. Akaash Vaani(2013): In one of the film’s high dramatic moments shot on a small deserted railway station in the night, the film’s protagonists, Kartik and  Nushrat Bharucha, now estranged by an unfortunate series of circumstances, sit on the bench and…well, they sob. Yes, they simply cry their hearts out. First, the girl. Then in a melancholic celebration of the me-too syndrome, the boy, now alas no longer a boy(and he smokes to prove it) also breaks into little sobs that build up into a wail as the shehnai, indicative of a cruel marital joke, plays in the background. Though the film belongs to the female protagonist, Kartik Aaryan manages to hold his own with an sensitive empathetic performance far removed from what he attempted in the director’s Pyaar Ka Punchnaama. Someone should cast him as a  modern-day Devdas. 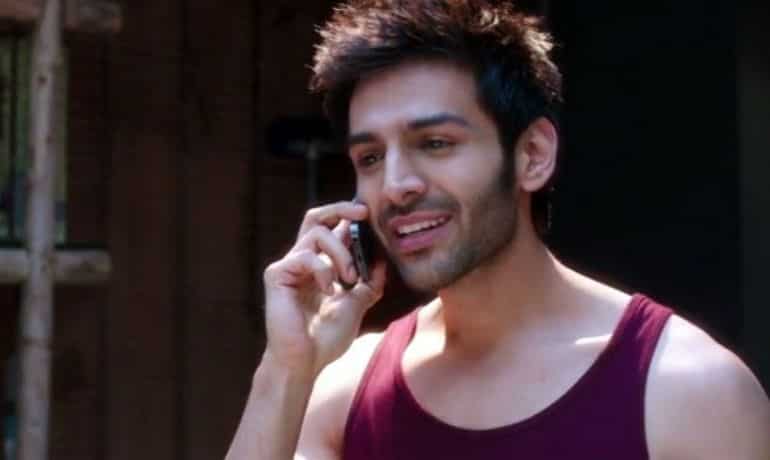 3.  Pyaar Ka Punchnaama 2 (2015): Luv Ranjan’s follow-up to his 2011 sleeper hit again succeeded without the props. Ranjan used relatively new but talented actors to address that age-old question: what do women want? Surprisingly even women loved this seemingly misogynist film with no Khans in the lead. The script and Kartik Aaryan were clearly the rock stars of the show. Kartik Aaryan’s ‘penis monologue'(as opposed to Eve Ensler’s Vagina Monologues) comes on full-throttle. By the time he bursts into his phallic harangue we are so bloody hooked to the very familiar very mortifying and yet very comforting love life of our three protagonists that we are positively rooting for the underdogs. A big applause for the male victims of gender inequality. I came away with a huge chuckle and a deep sigh from the film, and with images of Kartik Aaryan’s ‘love dance’ with his deceiving girlfriend and her two sahelis. As Aaryan twirled and pirouetted with the ladies he seemed to be tokenizing the Great Modern Urban Tragedy. 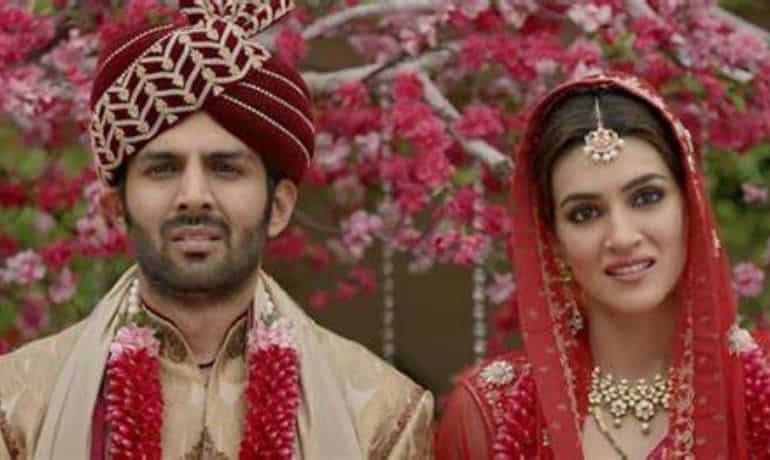 4. Luka  Chuppi(2019): Kartik’s  Guddu Shukla trying desperately to hide his live-in relationship with his girlfriend, was a laugh riot. Displaying a  comic talent far ahead of all the other contemporary actors Kartik stole the show, low lock stock and barrel. Kartik’s Guddu was endearingly guileless and eager to score. There are no kisses between Kartik Aryan and Kriti Sanon in this film. And yet they communicate a warm easygoing alliance that comes not from singing songs together but from recognizing your life partner for what she is. Most of the humour is generated organically and without making strenuous efforts to induce humour into social statements. Make no mistake about it. Luka Chuppi is a comedy with an underlying layer of dark satire and a social statement on moral policing and communal biases in small towns. 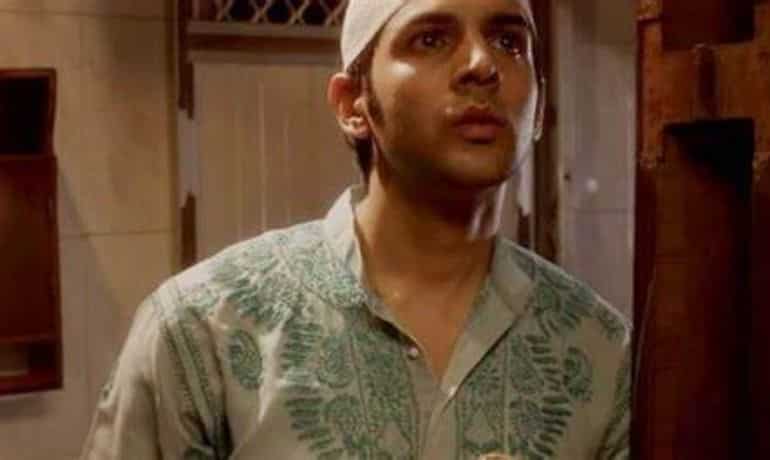 5.  Silvat(2018): If you haven’t seen this 2018  digital film which you can easily locate on  Zee5, you haven’t seen what Kartik Aaryan is capable of. We can safely say it is a tailormade role for the young actor. Playing a Muslim darzi in the crowded gully of what looks like Mumbai’s  Haji Ali locality, Kartik is every bit Anwar,  the shy sensitive tailor who develops a secret passion for his favourite client: a  lonely abandoned wife  Noor(Meher Mistry) whose husband has migrated to  Riyadh for a job with nary a glance back for the woman he has left behind. The focus of the passionate plot, pulsating with unspoken ardour, is Noor. But it’s Kartik’s Anwar who silently steals the show. There is no exhibition of outward passion here. And yet so much is said through Anwar’s eyes. Every stolen glance is laden with longing. When she asks if he would like a cup of tea, Anwar knows it’s just a  ruse to make him stay longer than his job allows. His reply to the kind offer, ‘Maine  kabhi  chai ke liya naa bola hai?’ says everything without saying anything. This is Kartik’s only film with a female director.  It is evident that he blossoms as an actor under the female gaze. Is Alia Bhatt collaborating with BTS for a new project?