What do ‘Leap Year’, ‘P.S. I Love You’, the ‘Before’ trilogy and ever other Western travelogue-meet cute have as that one constant, primary element which is of Himalayan importance to the narrative? A gorgeous pair with a socket-plug dynamic! More on that as we move along.

Sadly, romcom queen Christina Milian—who knocked us off with her daring ‘American Pie’ way back in 1999, and warmed the cockles of our hearts with the more recent ‘Falling Inn Love’—cherrypicks this Alicia Keys-produced Netflix release with the hopes of regaining her superstardom in the mush-machine aka romance genre. But, her character—Erika Wilson, a struggling musician with a broken heart to nurse—only knows the language of wallowing in self-pity: over lost love, and a career that never really takes off. Erika’s dilemma over life choices and an insatiable need to please people is insufferable. 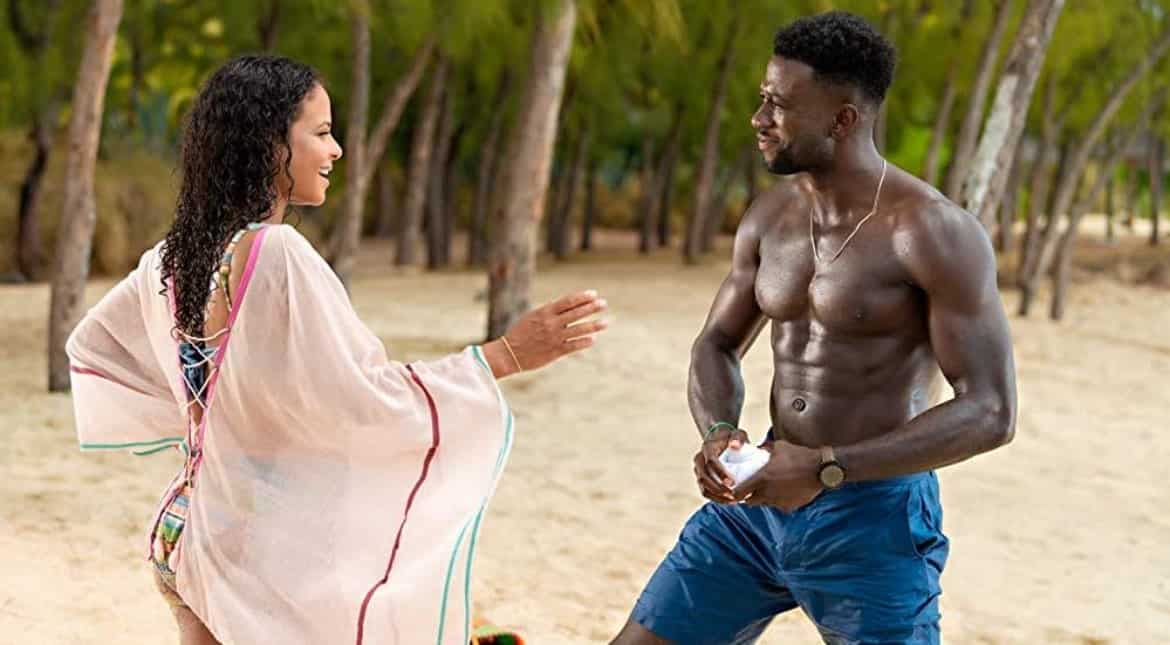 Perhaps, Milian and the rest of the team already had an inkling as to what a tepid, troublesome ride they had hopped on for, and maybe that is exactly why the costumes’ department tried overcompensating for the former: like a lot! It also helps that the central character moves to the tropical island of Mauritius for a shot at live singing via an expensive resort. As fate would have it, Erika stumbles upon her former fiancée, Jason (Jay Pharoah)—the cause of her heartache, the reason this flick is titled ‘Resort To Love’, get it? The concoction of it all serves this as the end product: attractive bikini-clad women, chiselled & bare-chested gorgeous men, tall trees and wild bushes, mojitos & margaritas, layered necklaces and sky-high heels… what’s not to love, no? Wrong!

Given, writers Tabi McCartney and Dana Schmalenberg are well-meaning champions of social and artistic change. And, they are rightly advocating an egalitarian representation in an otherwise whitewashed Hollywood—all the characters, including the secondary cast and junior artists, are people of colour—but the film’s shoddy execution was director Steven K. Tsuchida’s brainchild. In that sense, this one’s on him. 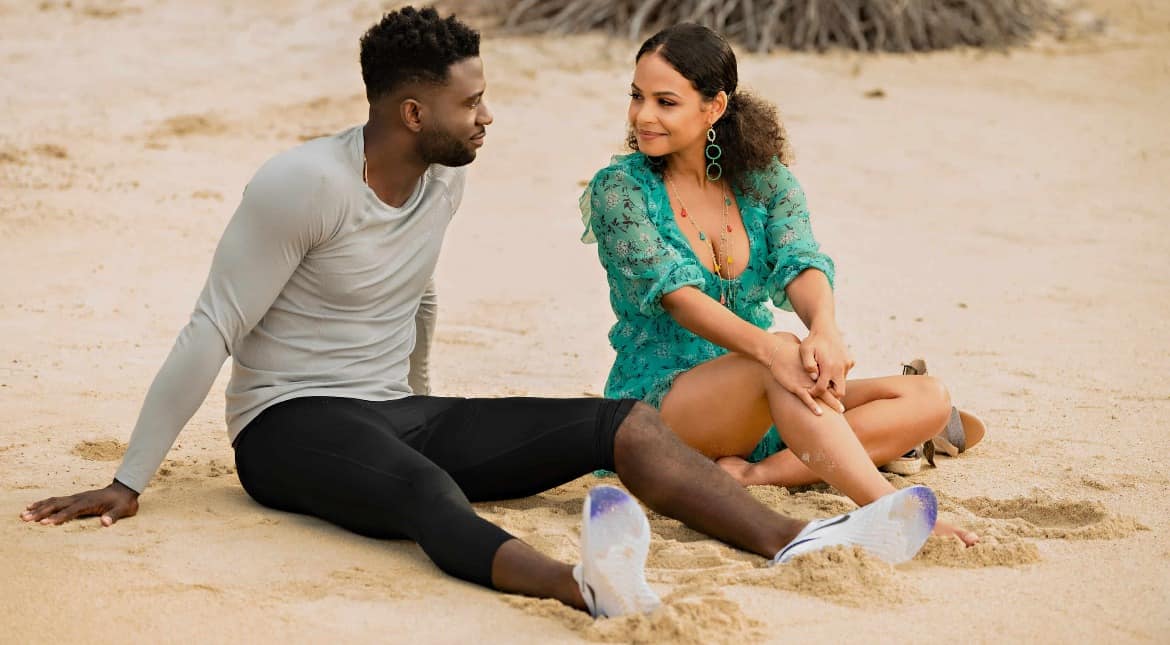 From the classic clichés like grand gestures of love at the beach to establishing a believable—if not legendary—rapport between the primary cast, this helmer has crashed in an epic fashion, on so many levels, in the utopian land of love.

‘Resort To Love’ not only reeks of un-roundedness, but is also guilty of borrowing the major romance tropes from here and there. Yet, it is neither fully romantic, nor a proper comedy.

We hate to break it to Jay Pharoah, but he blew the role of Jason and the insecurities he was entrusted with (for dramatic effect?) to portray on screen, look steely; misfired. Milian tries to stay agile and chirpy and help this sinking ship sail with her charm and candour, but that was just not enough. Not this time. T.J. Power was massively underutilised and his track, largely forgotten. For someone who plays an Australian ex-pat settling in Mauritius for a local girl and taking up odd jobs to buy a home someday… his character arch could have been (and should have been) explored beyond just a scratch-on-the-surface nod.

Like we have already mentioned, cinematographer Greg Gardiner has rendered a splendid, posh and aesthetically rich vibe to the plotline with his wide-angles and close-ups. So has costume designer Danielle Hollowell; the tropical dressing you get to see in this flick is every fashionista’s paradise. 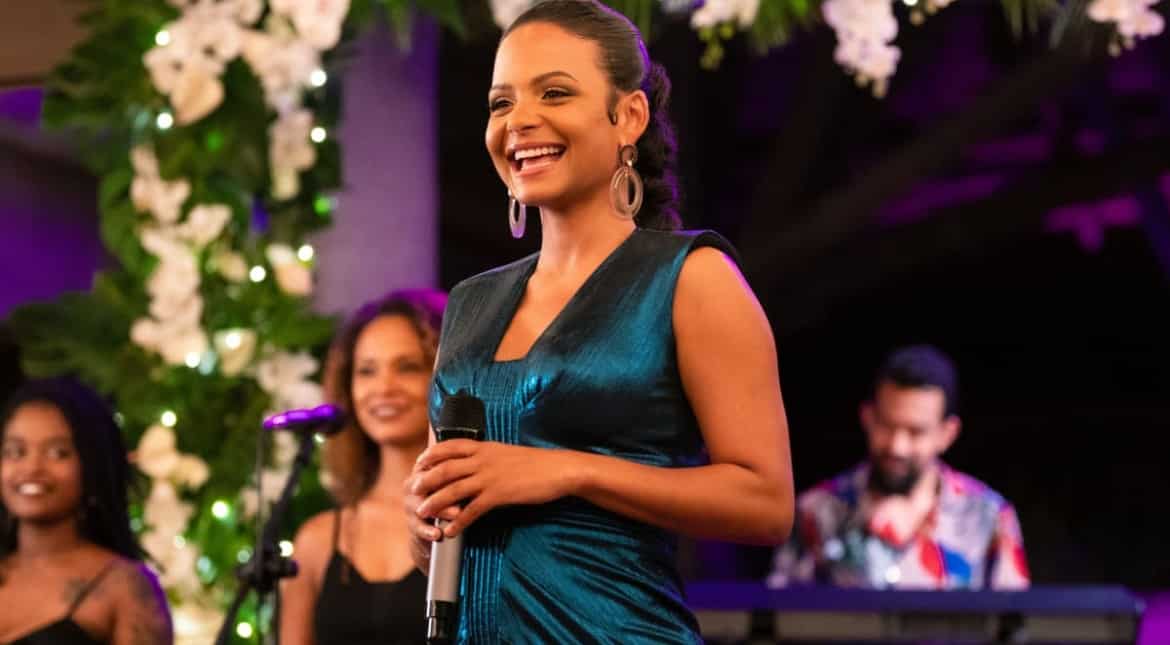 Yes, music constitutes about 2/3rd of ‘Resort To Love’—the ‘Unbreak My Heart’ and ‘Irreplaceable’ suggestions for a wedding; both break-up songs, were hilarious—but this film should not trick you into believing Christiana Milian’s Hilary Swank from ‘P.S. I Love You’: her character is not even the unfriendly Sloane from ‘Holidate’, another Netflix debacle.

‘Resort to Love’ most certainly had the locales and star cast to up the ante and take a progressive step towards AfroRomance that could have set a precedent for others to follow. But, no, it had to be the “Sex  and the City’ of romcoms sans the chemistry, or a doable script. Christina Milian, you deserve better! 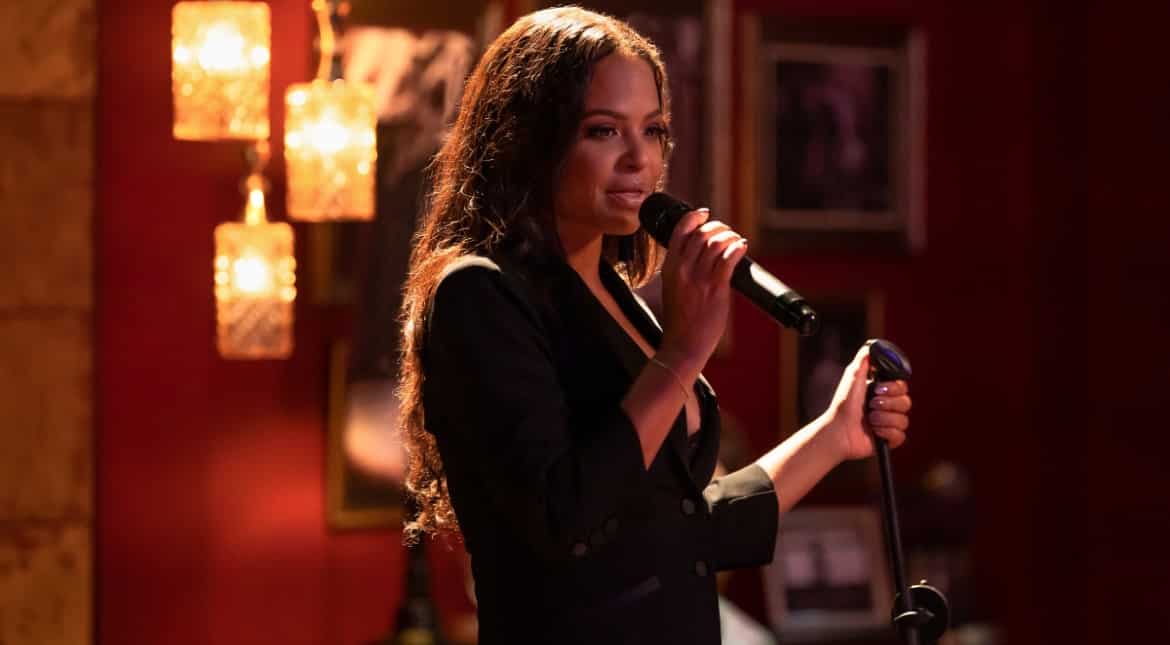