‘Schumacher’, one of the most awaited sports documentaries on Michael Schumacher finally released, giving a rare insight into the illustrious career and private life of legendary Formula 1 racer, but it might disappoint some of the fans. While ‘Schumacher’ is good, it leaves fans wanting for more as some were expecting to know the current health status of F1 legend, who has not been seen in public since the tragic skiing accident in 2013.

Schumacher made his F1 debut at the Belgian Grand Prix in 1991 and entered the arena when the tracks were ruled by legends like Ayrton Senna and Alain Prost but just after the first race, the German managed to leave an everlasting impact.

After thirty years, the documentary tells the glorious story of Schumacher’s rise at Benetton and becoming the seven-time Formula 1 world champion and also details all things that happened in the process, including the famous fights with the rivals and the tragic skiing accident that changed literally…..EVERYTHING.

ALSO READ | Explained: What is the ‘halo device’ that saved Lewis Hamilton’s neck at the Italian GP

Directed by Hanns-Bruno Kammertöns, Vanessa Nöcker and Michael Wech, the nearly two-hour-long Netflix documentary retraces the life and career of the German driver through archive footage, some never before seen images and videos. Apart from the family members, some icons of racing like ex-Ferrari teammate Eddie Irvine and Sebastian Vettel shared their experiences and thoughts.

The family-endorsed documentary has more than plenty to offer to the ardent F1 fans as they got the opportunity to see many facets of Schumacher’s multi-layered personality, showcasing him as an adorable family man, a very shy person, a true professional, who worked late with mechanics to fix his car.

“Michael always protected us, and now we are protecting Michael,” said wife Corinna at the end of the documentary as the family has guarded their personal lives and kept Michael’s treatment in private despite his son Mick, who races for Haas in Formula One, being constantly in media because of the races. 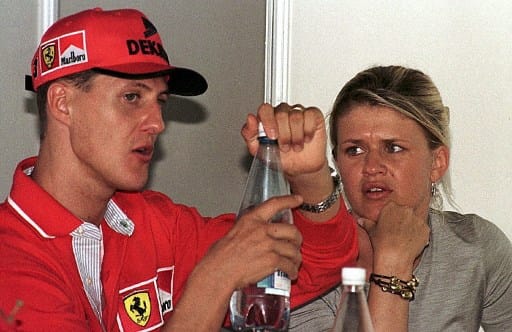 (Image: Germam Formula One driver Michael Schumacher(L) talking to his wife on 26 March 1998 in the pits of the Interlagos race track in Sao Paulo, Brazil, as he prepares for the 29 March Brazilian F1 Grand Prix. Source: AFP)

“He’s simply the most lovable person I have ever met. He was really funny, that’s what I saw in him,” said Corinna, who was perhaps brought a different level of indescribable emotions to the documentary. Corinna spoke as a part of Schumacher’s life that remained with him through thick and thin; a partner who celebrated victories on the tracks and now taking care of her husband.

“Of course I miss Michael every day,” said Corinna. “But it’s not just me who misses him. The children, the family, his father, everyone around him. I mean, everybody misses Michael, but Michael is here. Different, but he’s here, and that gives us strength,” she added.

“We’re together. We live together at home. We do therapy. We do everything we can to make Michael better and to make sure he’s comfortable. And to make him feel our family, our bond. And no matter, I will do everything I can. We all will,” she said with tears in her eyes. 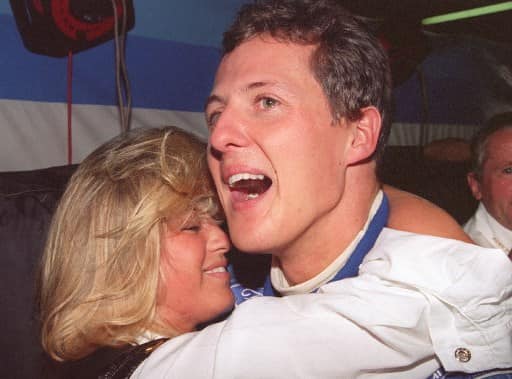 (Image: Michael Schumacher is congratulated by his girlfriend Corinna after being declared the 1994 Formula One World Champion in Adelaide 13 November. Source: AFP)

Some sweet moments of Schumacher with kids was also shown in the documentary as his son Mick called the current situation “unfair”, he said, “Since the accident, of course these experiences, these moments, that I believe many people have with their parents, are no longer present, or to a lesser extent. And in my view, that is a little unfair.”

On a very emotional note, Mick said that he would “give up everything” over the chance of talking about his racing experiences with his dad.

Schumacher’s father Rolf talked about his son’s love for racing since he was a kart racer at a young age and how he used to fish the worn tyres of his opponents out of the bin and fit them to his own kart. Archive footage shows a sweet clip of him celebrating a win with champagne on a very modest podium, which perfectly portrays what winning meant to him.

The documentary, which is an absolute tear jerker, is based on the old videos of the races, however, the narration and background stories that have been told is enlivening, relieving the rawness of some bittersweet moments, showing the actual Schumacher, who was shy and sometimes struggled with the fame.

The documentary also shed light upon Schumacher’s relationship with then-rival Senna, including the famous confrontation that had happened between both the racers on the grid at the 1992 French Grand Prix, when Senna had been taken out by the young German racer in the opening lap. The confrontation was captured on cameras and the documentary shows in a way that ‘angry’ Senna might have sensed that a new champ has arrived. 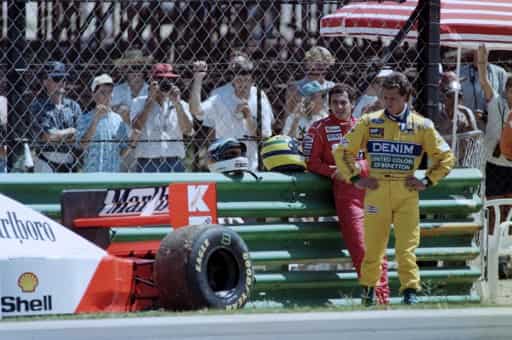 (Image: German driver Michael Schumacher (R) and Brazilian driver Ayrton Senna wait at the track side after losing control of their cars in the Continental curve during the last qualifying practice of the South Africa Formula One Grand Prix on March 13, 1993 in Kyalami. Source: AFP)

Apart from the races, the movie also tells the impact of Senna’s death on Schumacher, who was told by Benetton boss Flavio Briatore that Senna’s condition did not look good as he was in a coma. In many television interviews, Schumacher was seen breaking down over Senna’s unfortunate death.

The inclusion of the various controversies makes ‘Schumacher’ a balanced documentary such as the confrontation with Damon Hill at Adelaide 1994, with Jacques Villeneuve at Jerez in 1997, racer Mika Häkkinen also spoke about the accident at Spa. One of the most famous crash incidents related to David Coulthard at the 1998 Belgian Grand Prix was also included.

The movie shows Schumacher’s competitiveness and must-win attitude as he becomes visibly unhappy after losing, but the same person was seen as compassionate on many occasions.

The documentary is a perfect and well-deserved tribute to Schumacher, who is recovering in private. It is also a painful reminder that in the racing world of Hamiltons and Verstappens, one of the brightest stars is there…but still not there.

‘Schumacher’ is available on Netflix from 15 September. Britney Spears says she is not afraid to burn bridges