The 1999 Kargil war remains one of the most important political events in the subcontinent. Nearly two decades later, the memories of the war which was widely reported on TV and print media, remains fresh for a great number of people. One of the most iconic interviews of that time was when journalist Barkha Dutt had interviewed a young Captain Vikram Batra right after he and his men recaptured a crucial peak in the Kargil sector of Jammu and Kashmir from the Pakistani army. Dharma Productions latest ‘Shershaah’ attempts to narrate the story of the braveheart, whose war cry ‘Ye Dil Mange More’ left an indelible impact on the country during the war.

Featuring Sidharth Malhotra as Captain Vikram Batra, the film narrates the slain martyr’s life and his passion to join the army right from a young age. Directed by Vishnu Vardhan, a greater part of the film captures the war and how the Indian army strategised to win pack crucial peaks from the Pakistani army.

Now, the Kargil war has been a topic for many Bollywood films before. Each trying to narrate the humane side of the soldier’s life amid the war. ‘Shershaah’ is no different. Malhotra plays a rather impulsive, over-enthusiastic young man who harbours dreams of becoming an Army officer right from an early age. We are told that even as a child Vikram Batra was someone a daredevil of sorts who would pick a fight with boys double his size and age.

The film’s narrative keeps going back and forth and it shows Batra’s life before joining the army, his relationship with his classmate Dimple (Kiara Advani) and their subsequent years of being together before Kargil.

Written by Sandeep Srivastav, the film adapts the usual tropes of a war film. There are several cliches and the narrative is sluggish and very predictable. I almost second-guessed a few scenes including the introductory scene of Kiara Advani’s character. One could also predict which character would die next because of the predictability in dialogues and scenes. Srivastav never delves too deep with his writing as a result, ‘Shershaah’ – despite being a war film- is easy on the eyes and fails to stir you emotionally.

There is a lot of material available online on Captain Vikram Batra. Over the years, the Batra has gained hero status for his bravery and his family and friends have also been forthcoming with anecdotes on him. And ‘Shershaah’ just uses those materials in the film. It doesn’t provide anything extra about the Captain’s life. It only focusses on the war and how Batra’s bravery led to recapturing of important peaks. The film doesn’t mention anything on his IMA training days, or his equation with his twin brother- even though he is the narrator of the film. If one is making a biopic on a known figure, it is important to dig deeper and provide insights that is not commonly known. But ‘Shershaah’ mostly sticks to common knowledge. 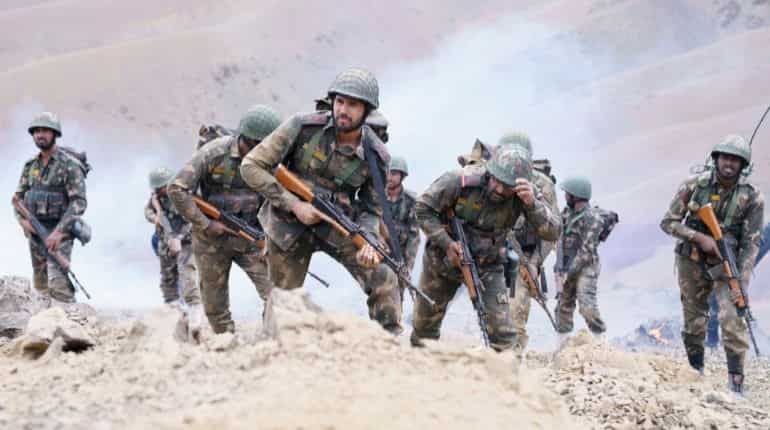 Among the actors, Sidharth Malhotra delivers an earnest performance. Sadly, the lazy writing doesn’t let Malhotra excel in a role that could have easily been iconic in the coming years. A lot of the sequences of the film also seem to give the audience a sense of deja vu- as it seems to be borrowed from other similar films. Malhotra is ably supported by Shiv Pandit who plays a fellow Captain in the army. With limited screen time, Pandit manages to create an impression.

Malhotra and Advani also share a crackling chemistry. Advani has by now mastered the role of playing a Sikh woman in films. In film after film, the actress is cast in similar characters and even though she has the potential to stand out, directors and filmmakers never really tap it.

Ultimately ‘Shershaah’ is a very predictable film. It doesn’t offer anything that has not been shown earlier on screen. Perhaps the film comes a few years too late – and at a time when Batra’s life and valour has been widely known and discussed.