Here’s the thing about teen bromance, coming-of-age tales that—despite the recycle-redeliver format that makers have been religiously following, and succeeding at—never loses its sheen: the sheer cuteness of it. Smooches & crushes or not, ‘The Kissing Booth’ crushes at rendering that same (deep) sense of connectivity to its viewers. And maybe that’s why Netflix has renewed it for three films straight. Or, maybe that’s not it.

In a minute-long opening sequence, a chirpy Joey King (as Elle Evans) quickly dives back into the lives of the central characters—Jacob Elordi as Noah, Joel Courtney as Lee and of course, the life of the franchise, Joey King herself as Elle—and brings the loyalists up to speed. Call it dependence on the relatability factor that this munchkin of a film has been riding on for so long, but much hasn’t really changed in director Vince Marcello’s universe—Noah is just as chiseled and chummy, Lee’s forever drunk-on-love persona lingers on and Elle is still a people’s person. And, yes, the very handsome Marco (Taylor Zakhar Perez) is very much hankering after his unrequited love interest. 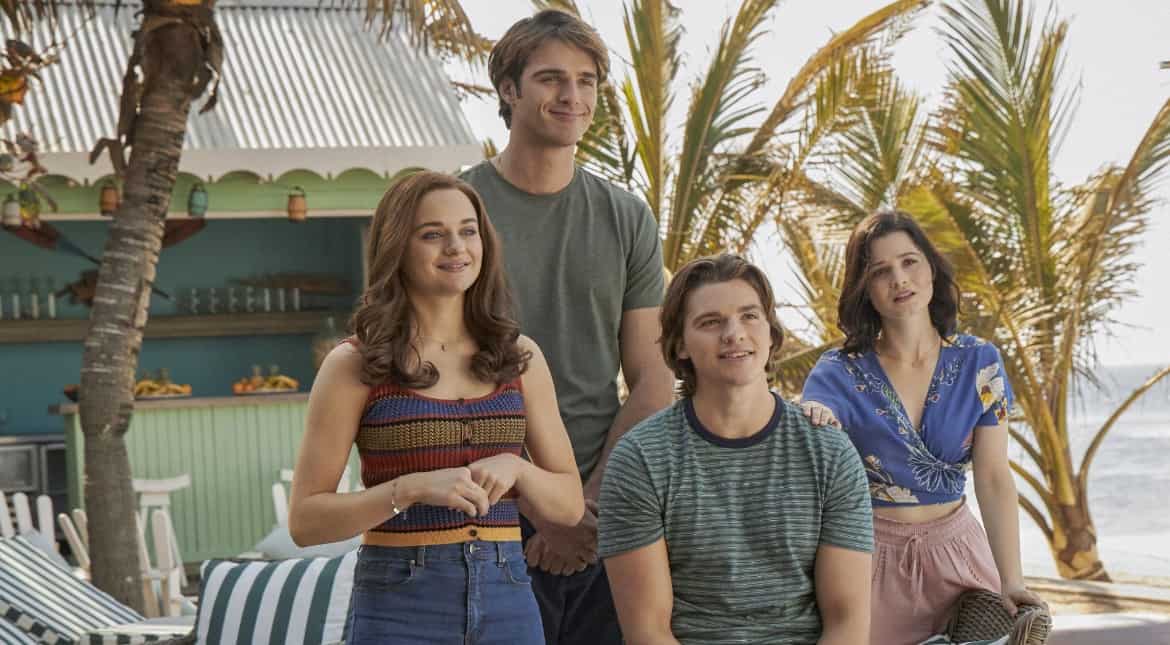 So, what makes this latest installment a raging success, you may ask. The answer is, in fact, a counter question: why does the extension of a piece of visual literature have to be different from its predecessor in order to warm the cockles of your heart?

Staying true to the game, Vince Marcello doles out one Gen Z problem after another—which college is Elle going to choose? Will long distance work out for Rachel and Lee? And, what happens when Elle’s dad decides to find love? The helmer, tactfully, divides the movie into two parts—before interval, chaos and commotion, climax, full-circle solutions laced with nostalgia. While the first segment of this book adaptation may seem tepid and a tad bit all over the place, the second one more than makes up for the unevenness of how ‘The Kissing Booth 3’ kicks off. 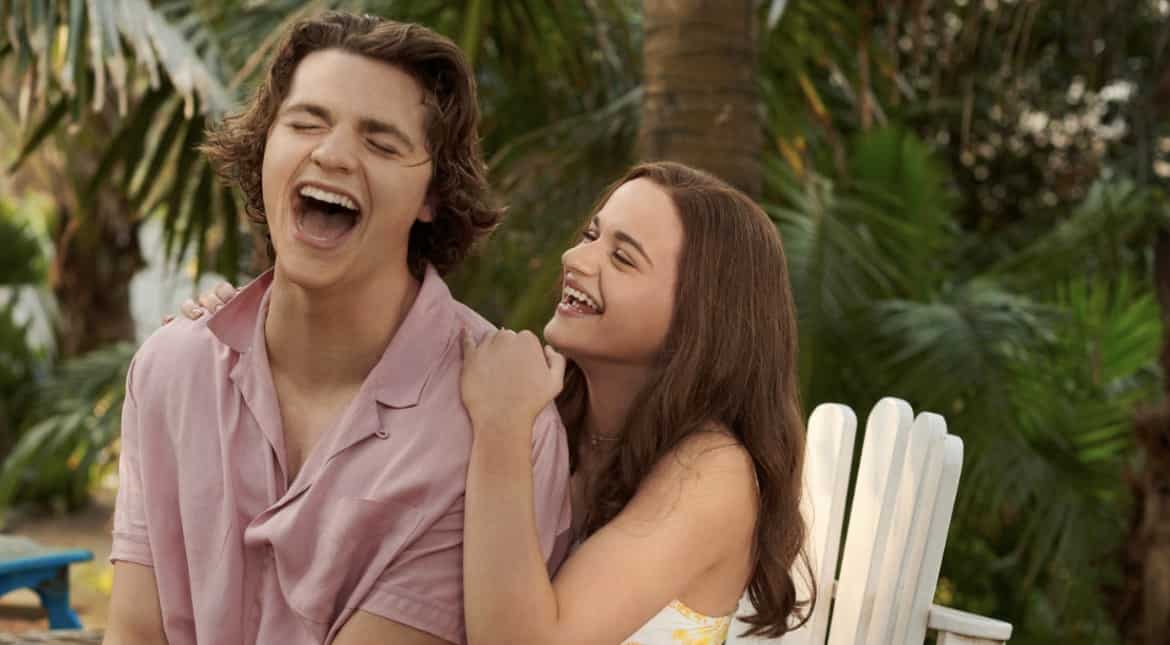 Speaking of memories and nostalgia, two scenes are sure to resonate the most: first being an emotional Lee stroking the walls of his family beach home—up for sale, again, nostalgia—with paint and wells up while applying paint over the childhood height chart (that he had shared with Elle), and the other being when Elle pines for Noah to turn around for that stamp of confirmation: all is not lost between them, after all.

Some youth-centric films produce prodigies, others just faulty humans. This one is that. What Lana Condor is to ‘To All The Boys’—again, a Netflix brainchild—Joey King is to ‘The Kissing Booth’ franchise: these names will stay synonymous with the genre, no matter who replaces them in the years to come. Likewise, Jacob Elordi’s restrained machismo and Joel Courtney’s boyish charm are meant to stick. It is unfair that Mrs. Flynn (Molly Ringwald), Elle’s Dad (Stephen Jennings) did not get a sizeable amount of screen space for their developing character tracks, but we, the viewers, will make do. Also, Maisie Richardson-Sellers as gorgeous arm candy Chloe loses the limelight between fights, insecurity-laden subtexts and stronger, more rounded characters. 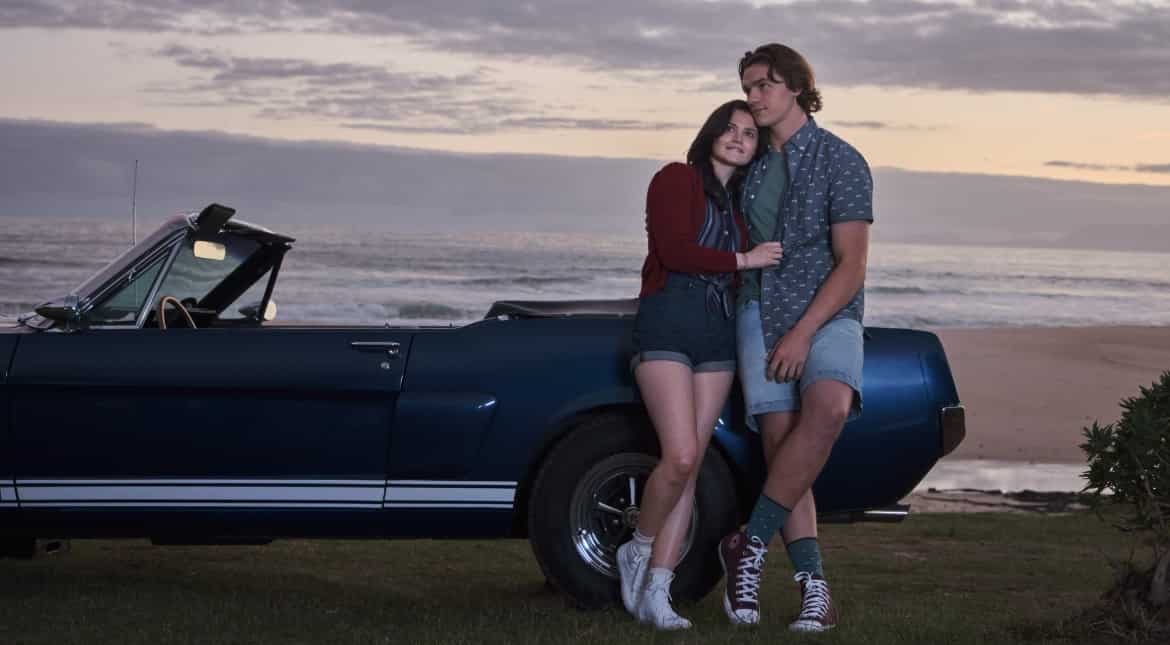 ‘The Kissing Booth 3’ thrives on the mushiness of the people that it brings into your lives, and dilemmas they dodge along the way. Most certainly, it is one of those popular franchises that don’t need a substantial growth in terms of plotline for its viewers to like what it has to offer. One eye blink, one flick of hair—“Goodbye Summer” song in the background—and we are sold.

You are not sad that the makers are pulling the curtains on this one, you are sad that you won’t get to witness them grow old together. 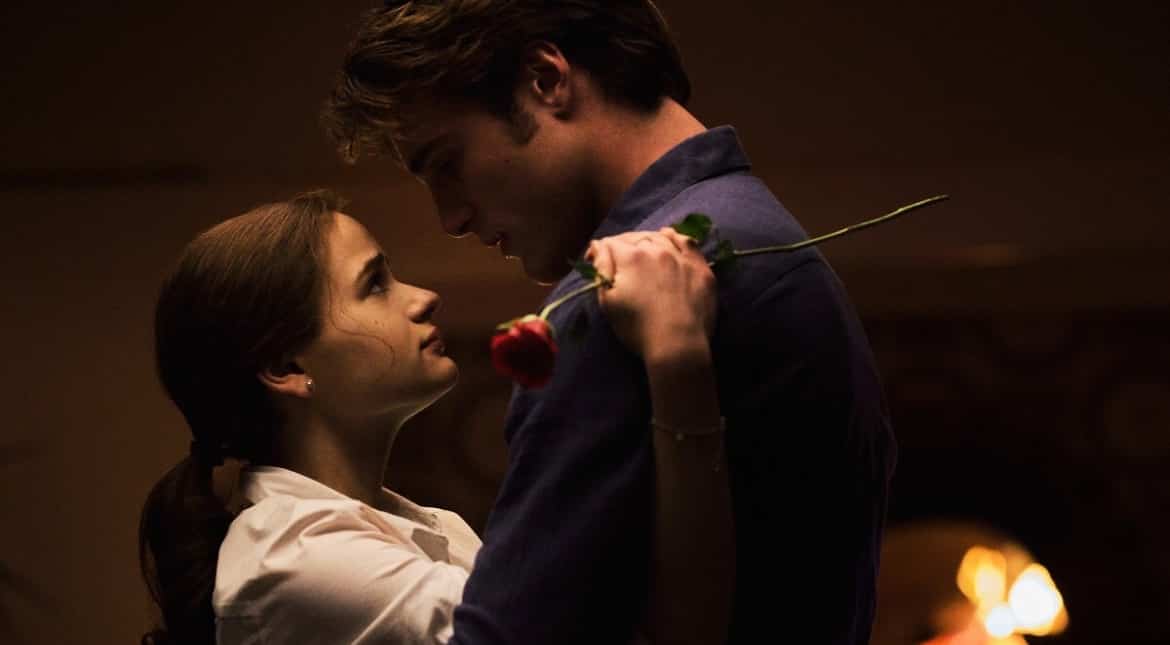